Single new guy in that owns town’s floral shop and was a former NFL player.

Sheriff in town and loves to eat 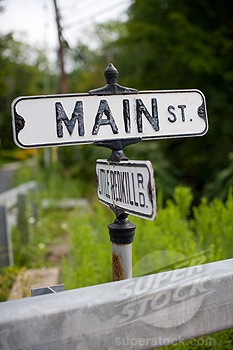 Krissy was born in Minneapolis and moved to Coon Rapids when she was two years old.  She has two sisters and one brother.  After she graduated from the University Of Texas with a double major in women’s studies and journalism she traveled around the country collecting data on small town living and the deterioration of rural America and farm life.   She eventually settled in Churchville as it is a vibrant small town and for its proximity to her father and brother.  She is currently working on writing a book about small towns and farm life past present and future and also runs a successful blog http://www.eatcreatedesign.com under the pen name of Kimberly Salter.

Krissy along with her sisters and brother inherited a great deal of money from their Grandmother.  Being the oldest she was appoint executor of the will and money which has caused some friction with her sibling’s.    The money sits in a trust and she bears the burden of making the decision when and how to use the money.  Each Grandchild receives a monthly living expense check that covers basic upper middle class living but must maintain a full time job or schooling to receive the funds.  Her Grandmother asked that any additional money used outside of the monthly living expenses be used on things that would or could change history.   The Grandmother was thought to be clairvoyant and a bit strange and told her she would make history someday right before she died.    Living with the responsibility of a great deal of money to manage and wondering how in the world she was to make history caused her to become a very private person.    In fact she went into hiding after being preyed upon and downright stalked because of her money.

Krissy in addition to writing her blog and doing her small town research found the time to study cooking in Italy for a year.  She dreams one day of opening a restaurant in a small town that would draw people in from miles away.    She has two Great Danes both males Daisy and Duke she is rarely seen in town without them.  She also recused a mean old tom cat and she calls him Tom.

Mark was born and raised in Dolliver, Iowa.  When he was a junior in High School his parents were killed in a car accident.  His Aunt Claire was the executor of the will and promised Mark’s parents she would look after him if anything was to happen to them.  She moved from Churchville, USA to allow Mark to finish High School at Fairmont High where he earned a football scholarship to University of Iowa as a running back.    When Mark left for college Claire promptly moved back to Churchville where she owned and operated the floral shop in town up until the day she died doing what she loved working with flowers and cooking.  She never missed a single football game Mark played as a Hawkeye and was rumored to be heard cheering from the field.  She left the shop and her entire estate to Mark when she passed away at the age of 78 of a brain aneurysm.  Nearly the entire football team attended her funeral service.

Mark graduated from University of Iowa with a degree in Athletic Training at the top of his class and was drafted shortly thereafter into the NFL by the Dallas Cowboys and played 5 seasons with the cowboys until a back injury took him out of the game.  He moved to Churchville shortly after his Aunts death to take over her beloved floral shop.  He plans on expanding the business into landscaping and grounds maintenance.   He has spoken with Joe the current Churchville football coach about being the assistant coach next year.

Mark has never been in a relationship longer than a few months since the girl of his dreams and first love broke his heart when he left for the University of Iowa.

Mark’s favorite food is pasta a close second to a good filet.